Is Arlington Texas A Good Place To Settle? 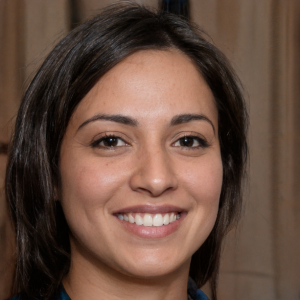 Arlington, Texas, is known for its sporting facilities and the popular Dallas Cowboys. More than sports, there are a lot of factors to consider, especially when moving into a city with kids. Is Arlington, Texas, a nice place to settle?

Arlington, Texas is a great place to settle, even with children. Arlington is a diverse city with good weather, a stable economy, and employment opportunities for various classes of people.

The cost of living in this city is lower than the national average. All these factors make this city an excellent place to settle.

Factors like safety, cost of living, and education also play a significant role in the choice of a city. Are you wondering how Arlington, Texas, does in the light of these factors? You don’t have to wonder.

What Makes Arlington A Good Place To Settle?

The availability of schools and the percentage of educated people in a city can say a lot about that city. Education is also an essential factor to consider if you are settling with your kids.

Arlington accommodates several schools. The city has five independent school districts close by with 85 public schools and 21 private schools. The University of Texas is also located west of Central Arlington.

The city also boasts of a highly educated community, with 62% of the population having at least a college degree. With these figures, you are assured that your children will be around the right influences. You would also not have problems with proximity to a school.

Recreation is a necessary part of the day to day life. Arlington offers various opportunities for sports and fun. You will have access to several sport and recreation facilities in this city. You can also go shopping in the malls.

There are also tourist attractions that you can visit and enjoy even as a resident. The city has a museum – the Arlington Museum of Art and several parks. You can also go to Six Flags in Arlington. If you want to have some fun, there is fun to be had in this city.

3. Economy and Employment in Arlington

Arlington has a strong economy and employment opportunities. Its tourism industry provides some of these jobs. The Arlington Independent School District, General Motors, and the University of Texas are also significant employers in Arlington.

The rate of unemployment in the city is lower than that of the state and nation. The incidence of poverty is also comparatively low at 9.9% to Texas average of 17.8%. These numbers give an assurance not job stability in Arlington.

After food and clothing, the next basic human need is housing. Arlington, Texas, is a family city with more of the populace owning a house than renting it. If you are looking to build a house, this city might be the place for you.

According to Niche, it is the 44th best city for house owners in a rank of 228 cities. The research also shows that 56% of the residents own their houses.

However, if you are not ready to build or buy a house, Arlington is still a great place to settle. 44% of the population rents houses, and the cost of housing is 16% lower than the national average.

5. Cost of Living in Arlington

The cost of living in Arlington is relatively low. You can get several amenities at a lower price than obtainable in other places. This factor makes it possible to live on a lower income in this city. The cost of living is 5.6% lower than the national average.

The cost of living is, however, higher than the state’s average by 3.9%. While goods, services, transportation, and health care are relatively cheaper, utilities cost more in Arlington compared to the state and national average.

6. Security and Safety in Arlington

All the factors have been in favor of Arlington as a great place. This factor might not be so decisive. Arlington has a high crime rate, higher than the Texas average by 67%.

The odd of being a crime victim in the city is 1 in 20. However, crime is likely a petty crime or property crime. Violent crimes are only 1 in 200 cases.

This problem can be easily solved by increased security measures around your house and probably getting a firearm. You should also note that specific neighborhoods in Arlington are safer than the rest. North Arlington is generally considered safer than other areas.

Apart from the security issues, the factors above show that Arlington is a great place to settle with children. You might want to know more about the top schools in Arlington, Texas, that your child can attend. So, we have compiled a list for you.

As mentioned earlier, Arlington, Texas, has a good number of schools. With 85 public schools and 21 private schools, picking a school for your child might be a more difficult task than you think.

We have arranged this list of the top schools in Arlington, Texas, to help you make a choice.

You can start by checking out these lists of top schools in Arlington brought to you by Arlington Painters before you decide on a school for your child.

If you are thinking of moving to Arlington, Texas, with your children, you can see the move will be a fabulous experience for both you and your children.

Consider the factors carefully before you make a move, though. You also want to take a look at the top schools before you decide on one for your child.